5 good reasons to buy a property in the Costa Blanca 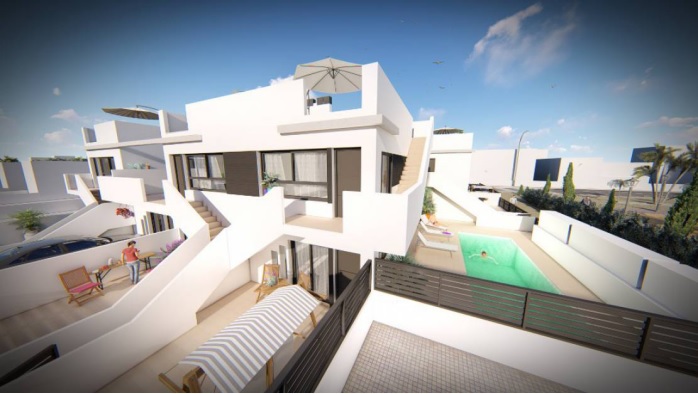 Costa Blanca has beaches, cliffs, and bays comprising of eighteen towns. It has Denia in the North and Horadada in the South. In general, the shores present in Alicante are called Costa Blanca. The property cost in Costa Blanca is less than the other Balearic Islands. There are small bays on the northern side of the region, which are the tourists' dreamlands. If you would like to diversify your investment options, the Costa Blanca has the great potential to fulfill your dreams!

A large number of tourists will travel to Spain from the neighboring countries, and Costa Blanca is the most sought-after destination. Tourists from Dutch and Scandinavia will throng to these beautiful islands to get great relief and relaxation from their hectic day-to-day lives. The available land in Costa Blanca is little, and it is fine-tuned to deliver the best results to the occupants.

If you are interested in buying a property in the Costa Blanca landscape, you can get funding up to 50% of the project cost. There are investment opportunities in Costa Blanca. If you invest in properties that go for holiday renting, you will not only earn a regular income, and there will be an appreciation of the property as well.

Even though the prices rise every year, they are not expensive compared to the other regions in Spain. You will be able to purchase a property at the entry-level without any issues. Even for luxury properties in Costa Blanca, you will pay an amount that is far less than the amount in other prime locations. The old buildings are being demolished, and new constructions are coming up with the latest standards. It will lead to increased quality of life.

If you are interested in finding a dream property in Costa Blanca, it can be easily accomplished. The experts in the Porta Mondial and other brokers in the European market had an eye on Costa Blanca. The most significant advantage is that the region's price level is far less during the pre-corona virus crisis as well. The local real estate professionals will guide you in buying the most appropriate property as per your budget and taste.